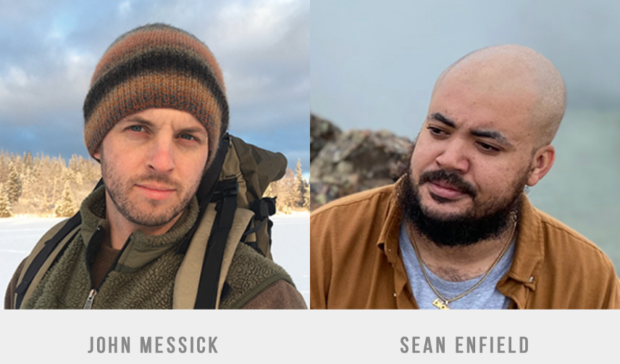 Two alumni received prestigious Project Awards from the Rasmuson Foundation. The awards are worth $7,500 and intended for individual artists “in all disciplines for specific, short-term projects that have a clear benefit to the artist and the development of his/her work.” John Messick (MFA, ’13) received an award to help with the completion and promotion of his debut essay collection Compass Lines. He lives in Soldotna and teaches at Kenai Peninsula College. Sean Enfield (MFA, ’21) received an award to promote professional development and to complete his debut essay collection Who Be Our Teacher – Essays on Race, Education and Identity. He recently began the PhD program in creative writing at the University of Wisconsin-Milwaukee.

Compass Lines, the debut essay collection from John Messick (MFA ’13), is forthcoming with the

Alaska-based Porphyry Press in Spring 2023. In essays that traverse latitudes and continents, Compass Lines explores the places that shape our journeys toward belonging. From Antarctica to the Arctic, a tattoo parlor in Cambodia to an abandoned Alaska mine and beyond, Compass Lines explores how learning the rhythms of places we inhabit requires both movement and stillness. More information can be found on the Porphyry Press website and John Messick’s website.

The poem “김장,” written by Eddie Kim (MFA ’11), was nominated by Heavy Feather Review for Best of the Net 2021. The Korean letters 김장 translate to “Kimchi.” Eddie Kim’s poetry has also appeared in Poetry Northwest, The Margins, Narrative Magazine, and elsewhere. He was recently named a fellow at Kundiman, the national nonprofit that promotes the advancement of Asian American literature. 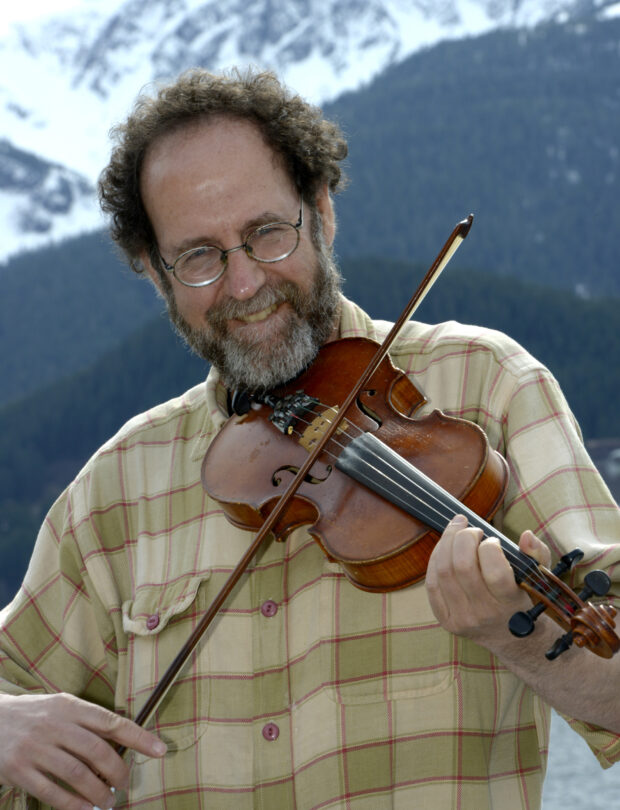 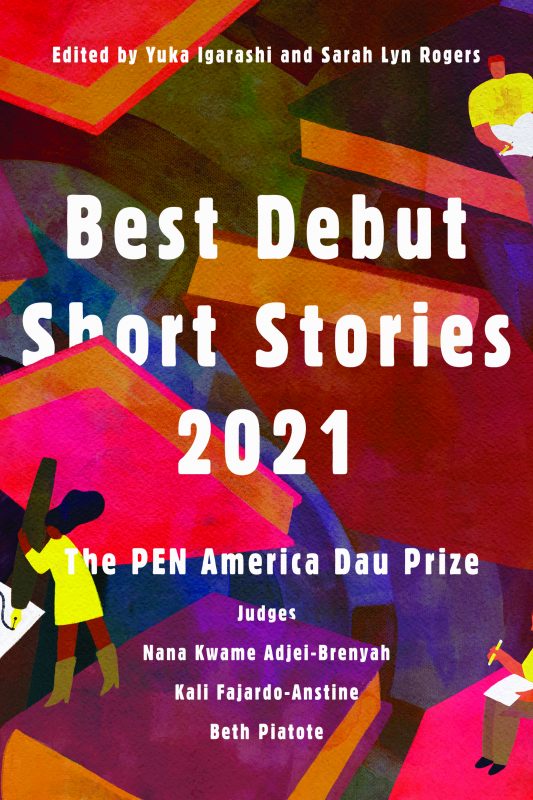 “Force, Mass, Acceleration” by Heather Aruffo (MFA ’19) was selected for the PEN/Robert J. Dau Short Story Prize for Emerging Writers. The story appeared in the Summer 2020 issue of Southern Review. The PEN Dau Short Story Prize is awarded for debut stories published in literary magazines. “Force, Mass, Acceleration” will appear in the anthology Best Debut Short Stories: The PEN America Dau Prize. Upon graduating, Aruffo was awarded a 2019 Fulbright Scholarship to Mongolia, where she taught university-level English and assisted the US embassy in Ulaanbaator with outreach and community projects. She now lives in Anchorage. 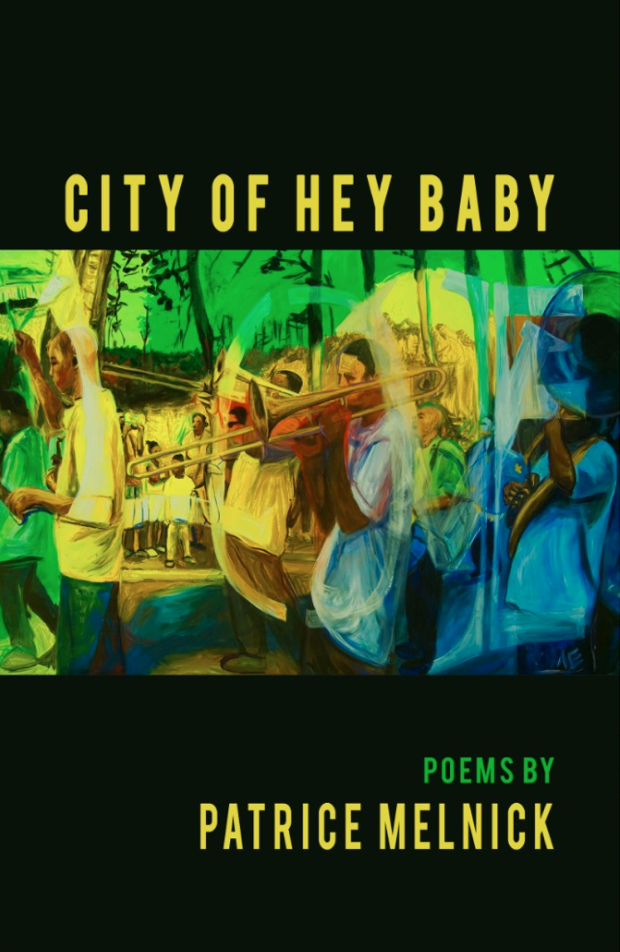 Patrice Melnick (MFA ’97) will publish her debut poetry collection, City of Hey Baby, with Finishing Line Press in October 2020. The collection draws on Melnick’s experience living in New Orleans in the years following Hurricane Katrina. Of the collection, Julie Kane writes, “Many writers have conveyed the sights or tastes of [New Orleans], but Melnick excels at capturing its smells, sounds, and sweaty skin-feel.” Melnick is also the author of the memoir Po-Boy Contraband: from Diagnosis Back to Life. 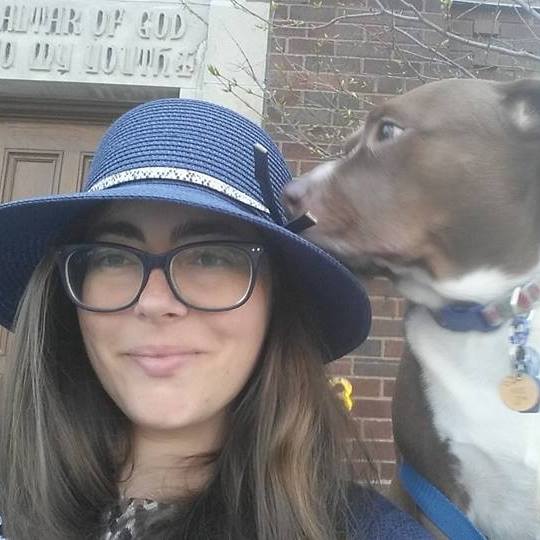 Dr. Jenni Moody (MFA ’12) recently accepted a position as Assistant Professor at Mount Mary University in Milwaukee. Jenni received her PhD at the University Wisconsin-Milwaukee, where she was awarded a Distinguished Dissertator Fellowship and served as a Junior Writing Program Administrator. Her creative work has appeared or is forthcoming from Arts & Letters, Mississippi Review, Crab Orchard Review and elsewhere.

Ryan Shek (MFA ’20) was named as winner of the Michigan Writers Cooperative Press 2020 chapbook contest. His manuscript—titled Bluetongue and Other Michigan Stories—will be published by MWCP in June 2020. Shek’s stories “[portray] Michigan in all its natural beauty—and all the loneliness its stretches of wilderness can beget,” wrote contest judge Hadley Moore said. “The three linked pieces in Bluetongue and Other Michigan Stories are unblinking, and in their honesty they are satisfying but also heartbreaking.” 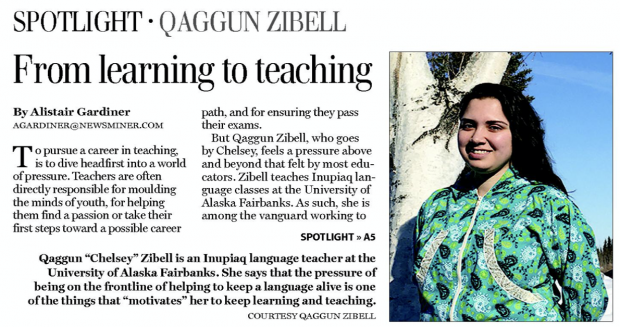 Qaggun “Chelsey” Zibell (MFA/MA ’16) was profiled on the front page of the April 13, 2020, edition of the Fairbanks Daily News-Miner. The 1,300-word feature story describes Zibell’s development as an Inupiaq language teacher. According to the Alaska Native Language Center, Inupiaq has only about 2,000 remaining speakers.

Zibell was born in Kotzebue and raised in Noorvik, where she studied Inupiaq vocabulary in school. As an undergraduate at the University of Alaska Fairbanks, she double-majored in English and Inupiaq (with a minor in German). Following that, she received her MFA/MA in English and taught high school. Zibell now teaches Inupiaq at UAF, where she also compiles an evolving website of Inupiaq vocabulary and grammar. “Language-learning is a process,” Zibell says in the News-Miner article. “It takes time, and it’s something that needs to be continually worked on. Think of it kind of as a life-long journey.” 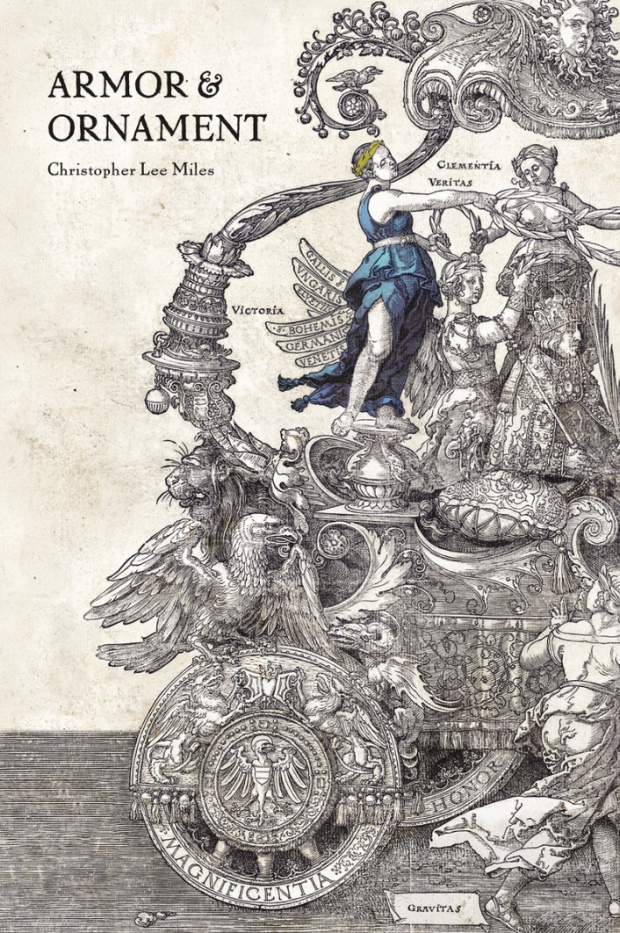 Armor & Ornament, the debut poetry collection from Christopher Miles (MFA ’12), is now available from the University of Alaska Press. The press states that the collection “melds deep-rooted spirituality with contemporary tensions, offering modern psalms for a tumultuous and uncertain age.” Miles also gave a reading on campus in November 2019 as part of the Midnight Sun Visiting Writers Series. 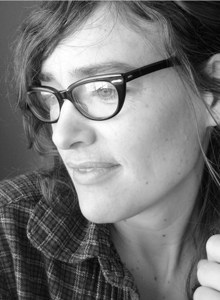 Jill Osier (MFA ’00) received the prestigious Yale Younger Poets Prize for 2019. Osier is the author of the chapbooks Bedful of Nebraskas and Should Our Undoing Come Down Upon Us White. She has also received a National Endowment for the Arts Fellowship and has served as the George Bennett Fellow at Philips Exeter Academy. Osier’s collection The Solace Is Not the Lullaby was published by Yale University Press in 2020.