Two UAF community members had work chosen as notable in The Best American Essays 2022, edited by Alexander Chee: Assistant Professor Sara Eliza Johnson for her essay “Unspeakable” (originally in Alaska Quarterly Review) and alumnus Sean Enfield for his essay “The Revolution will be Revised” (originally in Fourth Genre). This marks the second time Enfield’s work has been recognized by BAE; his essay “South of the South, Reprise” (originally appearing in Tahoma Literary Review) was listed as notable in the 2020 edition. 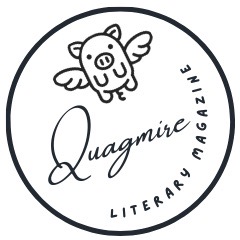 Fiction writer Aaron Salzman recently published a story and has another one forthcoming. The first, “The Fox and the Crow Cross a Shallow Bowl” appears in Quagmire Literary Magazine; in it, two outlaws cross a treacherous desert, their waning resources matching the state of their friendship. The second, “Your Home of Theirs,” will appear in the print journal Artful Dodge; in that one, a young man is tasked with exterminating mice in an old mansion, a job both ugly and necessary.

Two University of Alaska Fairbanks MFA students were named as winners of 2022 AWP Intro Journals Project Awards. Liz Bolton received a nonfiction award for her essay “Starfish: A Paean to Those Who Cannot Breathe,” which will be published in an upcoming issue of Puerto Del Sol. KJ Janeshek received a poetry award for their poem “I Dream of Dressing Your Altar with Slaughtered Meat,” which will appear in Mid-American Review; KJ’s poem “A Cabin in the Forest” was also named as an honorable mention. The Intro Journals Project is a literary award series open to students from the 550+ AWP member institutions. In recent years, two other UAF MFA students have been recognized in the competition: in 2021, Rebecca Wood received a fiction honorable mention for her story “Ain’t No Glory for Billy” (now forthcoming in Concho River Review and nominated for a Pushcart Prize); in 2019, David Aubuchon received a fiction honorable mention for his story “Finding Lula.”

Fiction writer Alison Miller published an essay and a story. The essay “Room for Troubled Dogs” appears at Hippocampus Magazine; in ten sections, it chronicles her Miller’s evolving relationship with her rescue pitbull, Zeus. The story “Too Much to Ask” appears at Free Library of the Internet Void, and it’s an existential query in the form of a psychological case study. 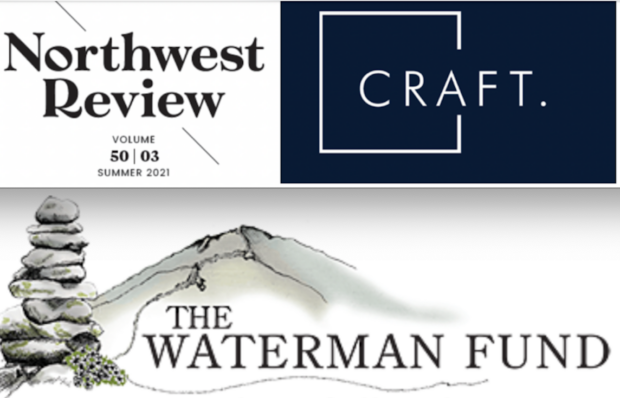 Poet and nonfiction writer Keely O’Connell recently had three essays published. The first, “In Wayward Water” appears in the spring/summer 2021 print issue of Northwest Review; it attempts to make meaning out of the wisdom of puppies—leap first, look second, and bounce back after things go awry. The second, a flash piece titled “Antediluvian Animals,” appears in CRAFT and records O’Connell’s first impressions of the Arctic. And the third essay, “Bird’s Eye View,” which explores O’Connell’s shifting sense of wilderness as she moved from the bush into Fairbanks and then into pandemic life, received an honorable mention in the 2021 Waterman Fund Essay Contest. 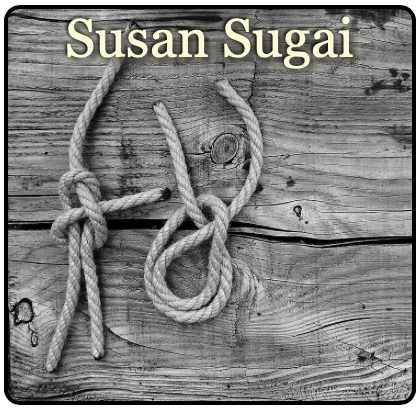 Nonfiction writer Susan Sugai published an essay titled “Sibling Flying Lessons in the 1950s” in the 2021 Asian American Solidarity issue of SweetLit. The essay narrates her rough yet caring relationship with her younger brother while growing up in suburban Detroit. 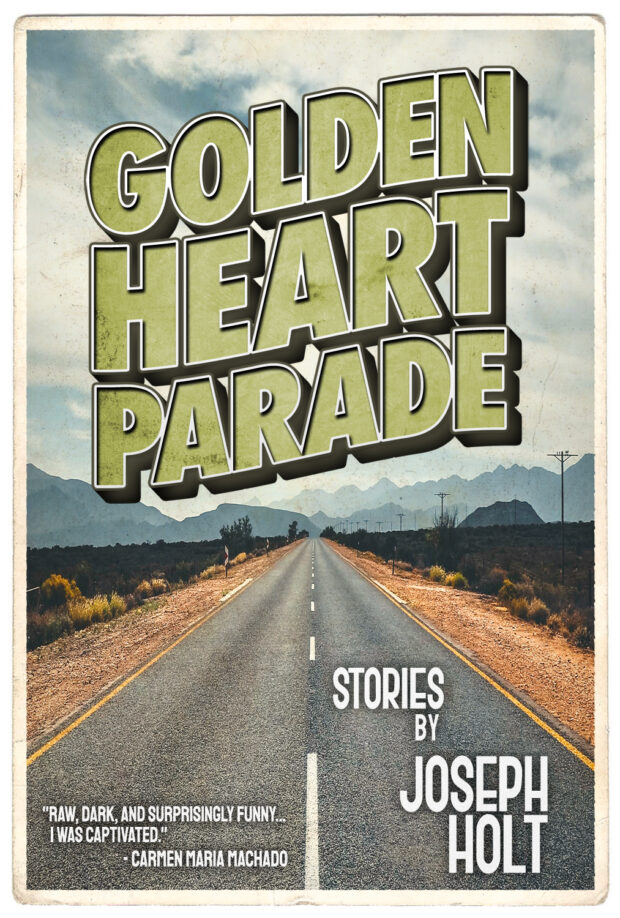 Golden Heart Parade by Joseph Holt was released in September. The story collection was a winner of the Santa Fe Writers Project Book Award, which was judged by Carmen Maria Machado. In its review, Publishers Weekly wrote, “Unexpected humor abounds . . . , cutting through the raw emotions, minimalist narrative, and snappy dialogue. Holt’s gaze falls on grit and grime, but he writes with plenty of heart.” Golden Heart Parade is available from from Amazon, Bookshop.org, and elsewhere. Around the book release, Holt published an “If My Book” essay at Monkeybicycle, a “Research Notes” essay at Necessary Fiction, and participated in an interview with Deborah Kalb.

The story “Inversion” by Daryl Farmer recently appeared in Terrain.org, an online journal dedicated to writing about place. “Inversion” is set in Fairbanks in January, drawing heavily on the cold and darkness that characterize the region during winter.

Fiction writer Rebecca Wood received an Honorable Mention in the 2021 AWP Intro Journals Project for her story “Ain’t No Glory for Billy.” The Intro Journals Project is a literary award series open to MFA students from the 550+ AWP member institutions. Rebecca’s story was one of eight winners and honorable mentions selected in the fiction category. Her selection marks the second time in the past three years that a UAF MFA student has received been recognized in the competition. David Aubuchon received an honorable mention in 2019 for his story “Finding Lula.” 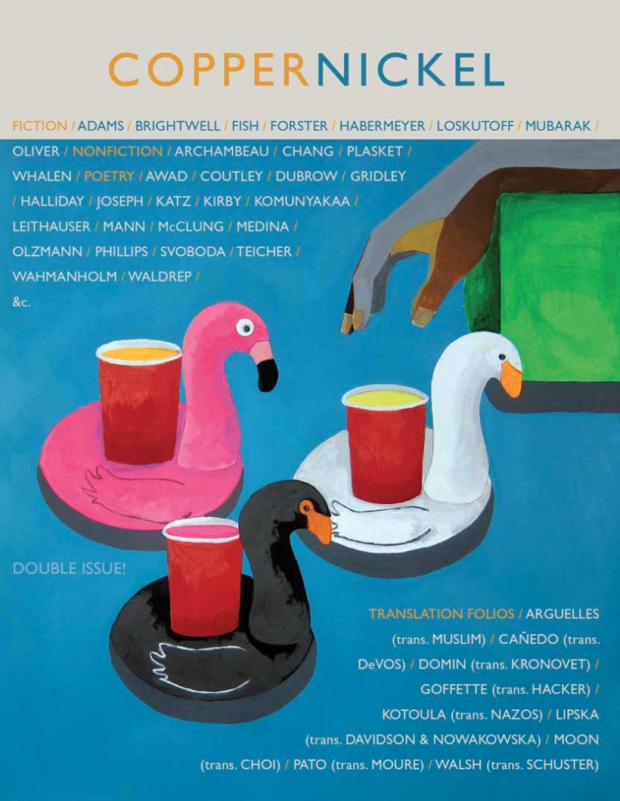 Gerri Brightwell has a story in the new issue of Copper Nickel, the award-winning literary journal from the University of Colorado Denver. “Huldremose” is a ghost story of sorts that follows a woman escaping an abusive relationship, her landlord and a bog man. Brightwell also has recent work appearing in The Waking: Ruminate Online, Mslexia, The Real Story, 101 Words and JMWW.

MFA/MA student Michael Kay was selected as a 2021 resident of Theater Alaska’s Alaska Writer’s Workshop. The program is a year-long residency with quarterly online gatherings, during which Kay and his cohort will receive instruction and feedback on their writing. The program, which is led by the writers and directors Maurice Emerson Decaul and Frank Henry Kaash Katasse, also offers professional development for emerging playwrights.

MFA student Courtney Skaggs recently had two lyric essays published. The first one, “Lines on the Road: A Map of My Fears,” which appears in Rejection Letters, chronicles the things one would never say in response to the question, “So, how was your road trip?” The second essay, “Ode to an Acorn,” appears in Longleaf Review and meditates on the longing we feel for the familiar when we venture out into the unknown.

Essayist Sean Enfield won the 2020 Fourth Genre Michael Steinberg Memorial Essay Contest. Enfield’s essay, “The Revolution Will Be Revised,” was selected by Laura Julier and will be published in Fourth Genre‘s Spring 2021 issue. In her summary of the essay, Julier compared Enfield’s work to that of Joan Didion and James Baldwin. “The Revolution Will Be Revised,” she wrote, “is an accomplishment worth circulating widely.” Enfield’s nonfiction, which often melds personal narrative with cultural and music criticism, also appears in The Rumpus and COUNTERCLOCK. His essay “Song of the South, Reprise,” which was published in in Tahoma Literary Review, was named a Notable Essay in Best American Essays 2020.

Joseph Holt had a couple essays appear in summer 2020. The first, “Highway to Hades” (Valley Voices) profiles a half marathon set in the Mississippi Delta during high summer. The second, “Smoky Water Elegy” (J Journal: New Writing on Justice), explores the obfuscated history of a steel truss bridge where six Black Mississippians were lynched in 1918 and 1942. Last year, Holt’s essay “Love Running” was featured on a “Breakup Reading List” at Longreads.

Daryl Farmer‘s story “Once a River” was published in the Winter 2019–20 issue of Ploughshares. In the story, a jaded old-school war journalist whose 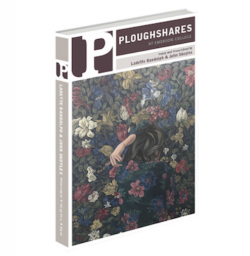 career includes years of reporting on a single dictatorship takes a helicopter journey with the dictator on a mission with shocking results.

Farmer also had an essay in the new edition of After the Art, a literary journal that features personal essays and review-essays in response to artworks. The essay, which is titled “The Chapel of Man and All That Endures,” examines physical art in Quito, Ecuador, as well as the landscape of the Atacama Desert in Northern Chile.

We’re proud to share several 2020 Pushcart nominations from the MFA community at the University of Alaska Fairbanks:

Sara Eliza Johnson had several creative works published in spring 2020. Her poem “Vapor” appears in The Cincinnati Review. Her essay “Thanatophilia: A Travelogue” appears in AGNI. And her essay “Xenomorph,” which is partly about the 1979 movie Alien, appears in Bright Wall/Dark Room.

MFA student Ryan Shek recently had his first fiction publication. His story “Ed’s Baby,” which is about vandalism on a failing cattle farm, appeared in Bat City Review 14 (Spring 2018), edited by Leah Hampton. 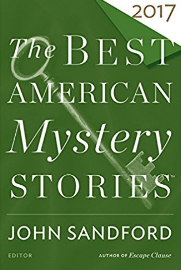