Hosted by the University of Alaska Fairbanks, this reading series brings a number of writers of national significance to Alaska for readings, lectures, and individual meetings with local aspiring writers. Below is a list of visiting writers from the past couple years.

Elena Passarello is an actor, writer, and recipient of a 2015 Whiting Award. Her first collection, Let Me Clear My Throat (Sarabande, 2012), won the gold medal for nonfiction at the 2013 Independent Publisher Awards and was a finalist for the 2014 Oregon Book Award. Her second collection, Animals Strike Curious Poses, is one of Literary Hub’s top ten essay collections of the decade. The New York Times called Passarello, “a master of the essay form.” She lives in Corvallis, Oregon and teaches at Oregon State University.

Shena McAuliffe is an Assistant Professor at Union College. Her debut novel, The Good Echo, was published by Black Lawrence Press. Her essay collection, Glass Light Electricity, was chosen by Elena Passarello as the winner of the 2019 Permafrost book prize and published by U Alaska Press in 2020. Her stories have twice been named as notable in the Best American Short Stories anthologies (2008, 2010), and once in the Best American Nonrequired Reading series. She holds an MFA from Washington University in St. Louis and a PhD from the University of Utah 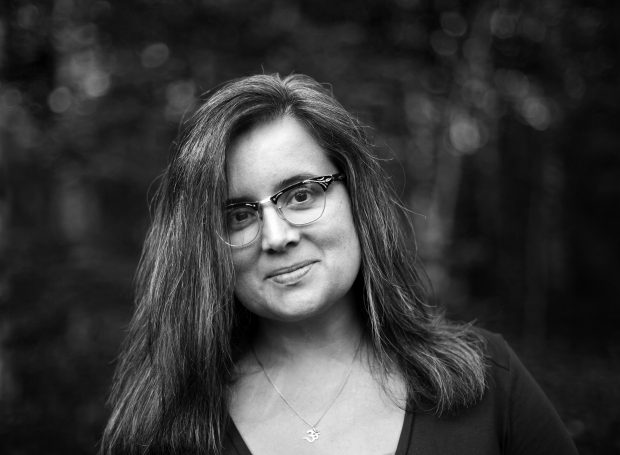 Nicole Stellon O’Donnell is the author of three collections of poetry, including Everything Never Comes Your Way (2021, Boreal Books). Her second book, You Are No Longer in Trouble, was the 2019 open submission winner of the Marie Alexander Series in Prose Poetry. Her writing has won an Alaska Literary Award, a Boochever Fellowship, and an Artist Fellowship from the Rasmuson Foundation. Her poems have appeared in Prairie Schooner, Beloit Poetry Journal, Zyzzyva, Redivider, and other literary journals. Her work as a teacher has been recognized with a Fulbright Distinguished Award in Teaching. 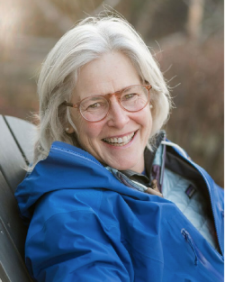 Heather Lende’s many essays and stories, mostly about life and sometimes death in Haines, Alaska, have been distributed widely, from The Anchorage Daily News and Christan Science Monitor to NPR and Country Living. She is the author of bestselling memoirs If You Lived Here, I’d Know Your Name and Take Good Care of the Garden and the Dogs. Her latest books are Find the Good: Unexpected Life Lessons from a Small-Town Obituary Writer, the Alaska Reads selection for 2020, and Of Bears and Ballots: An Alaskan Adventure in Small-Town Politics. Her reading for the Midnight Sun Visiting Writers Series was streamed live via Zoom and Facebook Live. 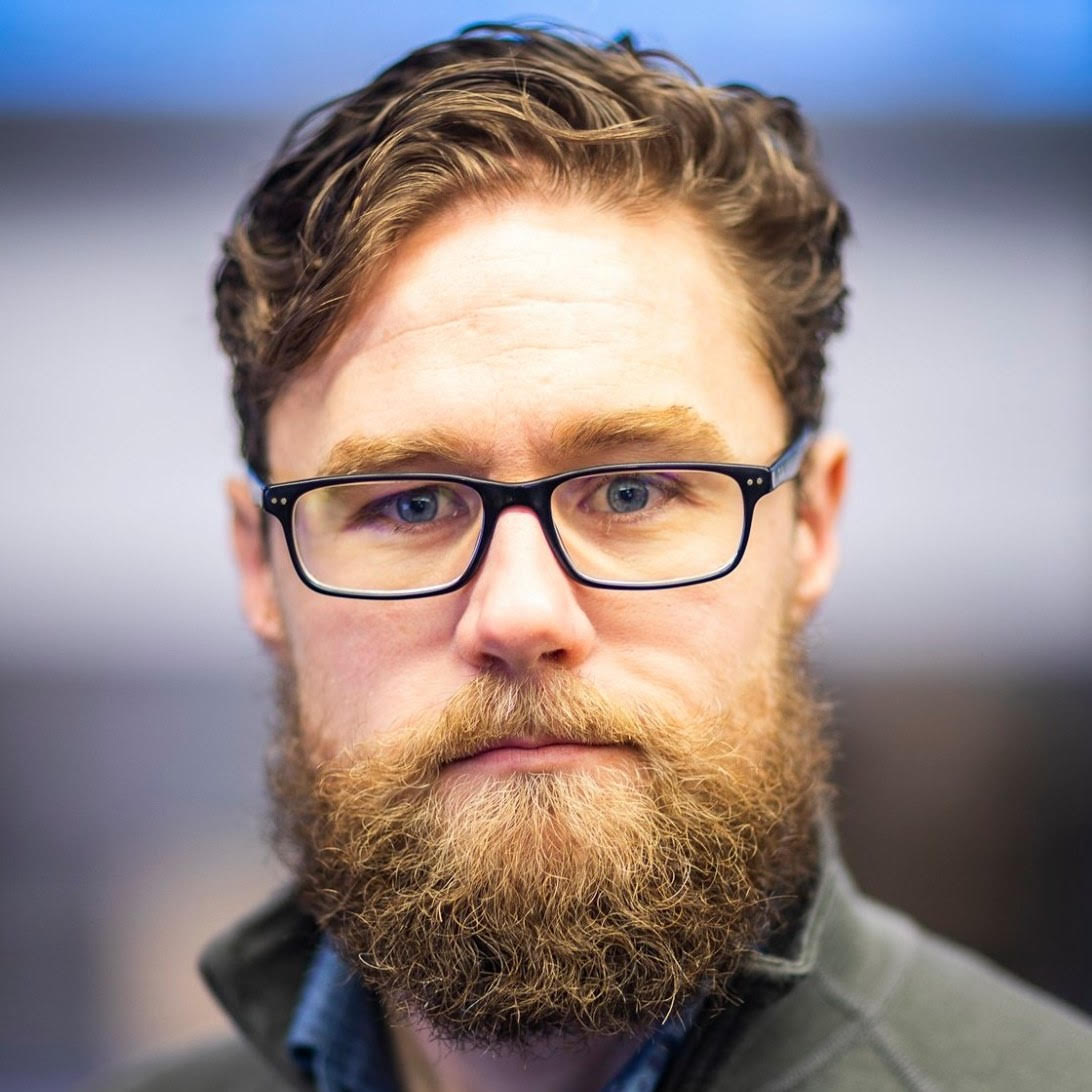 Students, faculty and community members dressed as dearly departed author, delivered readings and performances, and channeled spirits. Prizes were awarded to the best, brightest and most daring. 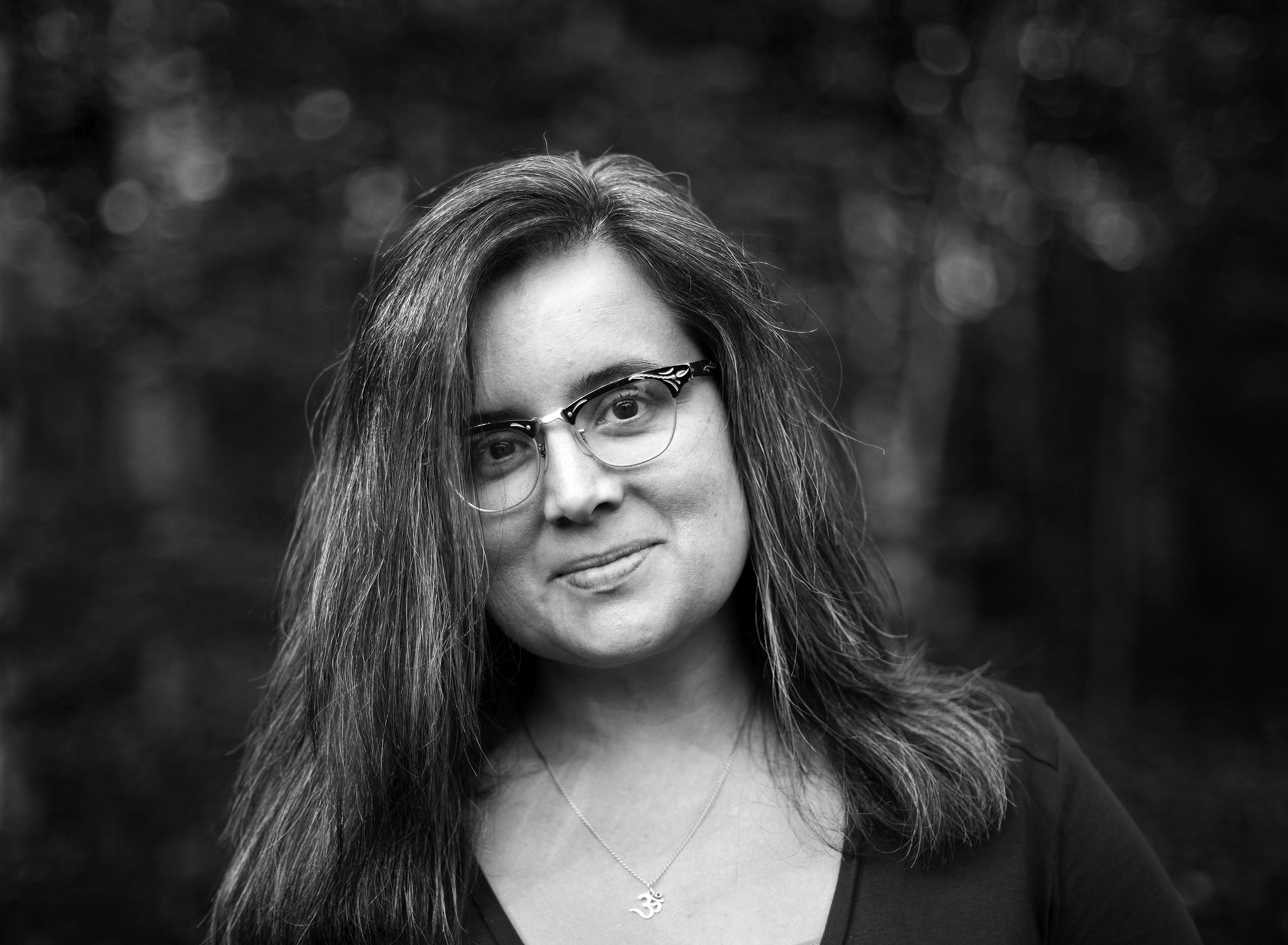 Nicole Stellon O’Donnell is the author of You Are No Longer in Trouble (White Pine Press, 2019), a memoir-in-flash about being a teacher, a student, and a principal’s daughter. Her poetry collection Everything Never Comes Your Way is forthcoming from Boreal Books in 2020. She is currently serving a two-year term as a Heinemann Fellow. 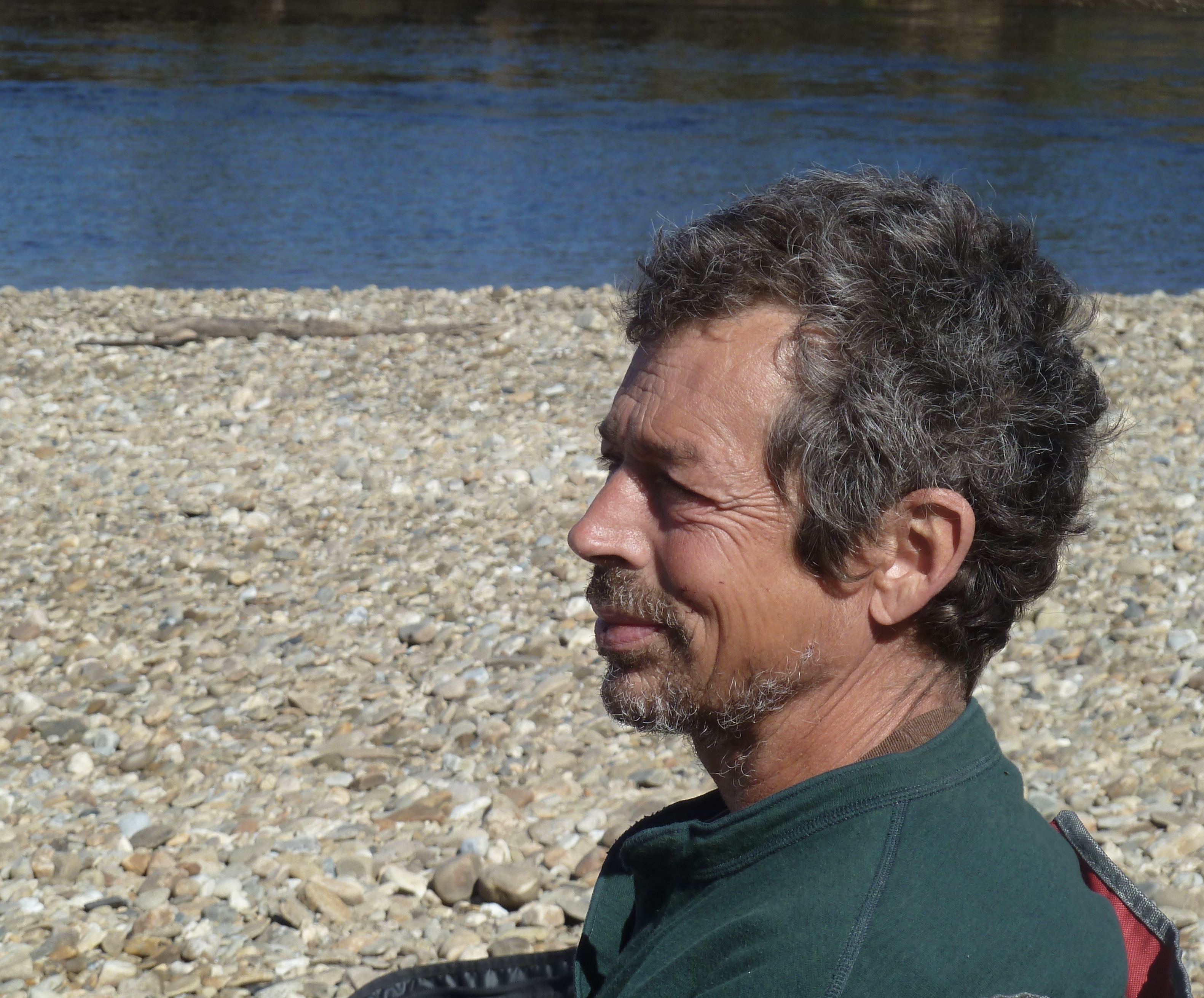 Rob McCue is the author of One Water (Red Hen, 2018). He has lived in Alaska for thirty-one years. He has worked as a commercial fisherman, cab driver, construction worker, and backcountry guide. He has spent several years camping in the Alaskan wilderness. 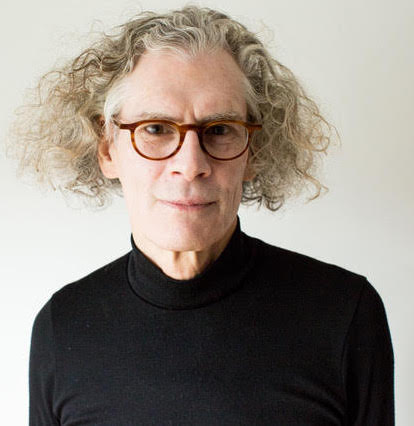 Roger Wall studied fiction writing at the University of North Carolina at Chapel Hill. His debut novel, During-the-Event won the 2018 Permafrost Book Prize. He lives in New York and the Catskills. 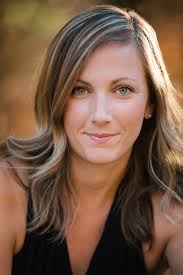 Tessa Fontaine is the author of The Electric Woman: A Memoir in Death-Defying Acts, which chronicles a season she spent performing with the World of Wonders, the last American traveling circus sideshow. Her writing has appeared in The Rumpus, Hayden’s Ferry Review, FSG’s Works in Progress, Creative Nonfiction, Seneca Review and elsewhere. 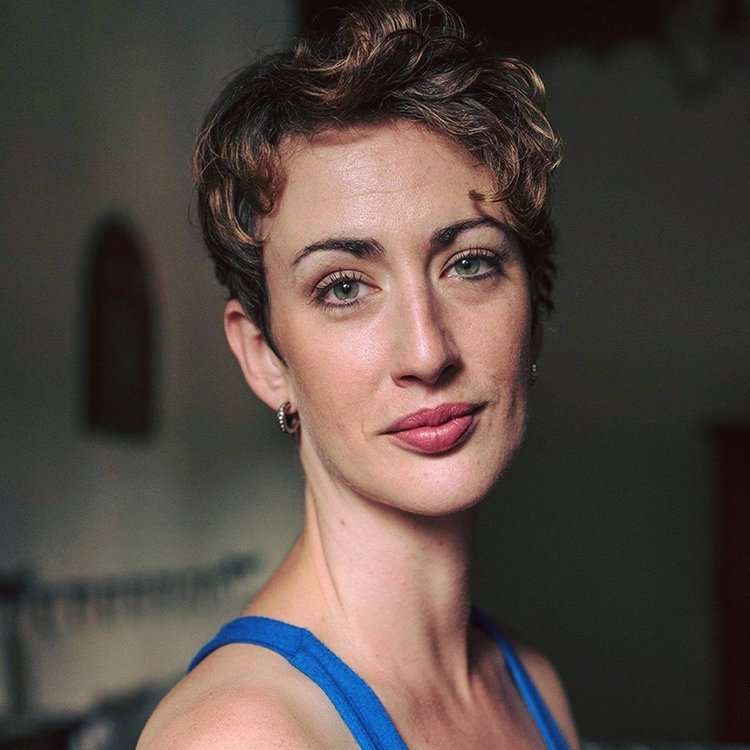 Susannah Nevison is the author of two collections of poetry, Lethal Theater (Ohio State University Press, 2019) and Teratology (Persea Books, 2015). Her work has appeared in Tin House, Pleiades, Crazyhorse, and The New York Times. She is a Visiting Assistant Professor of English and Creative Writing at Sweet Briar College. 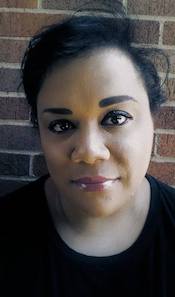 LaTanya McQueen is author of the essay collection And It Begins Like This (Black Lawrence Press, 2018). She received her MFA from Emerson College, her PhD from the University of Missouri. She is an Assistant Professor of English and Creative Writing at Coe College.

October 2018: John Straley
(hosted by the University of Alaska Press) 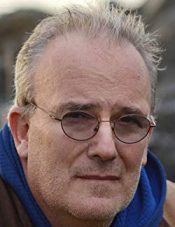 John Straley is the author of The Curious Eat Themselves and The Woman Who Married a Bear. He lives with his wife, Jan, a prominent whale biologist, in a bright green house on the beach in Sitka, Alaska. Straley was appointed the Writer Laureate of Alaska in 2006. He received a BA in English and a certificate of completion in horse shoeing. 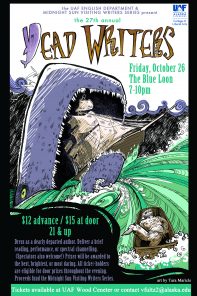 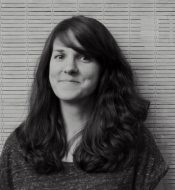 Anne Valente is author of the story collection, By Light We Knew Our Names (Dzanc Books, 2014), as well as the novels Our Hearts Will Burn Us Down (William Morrow/HarperCollins, 2016) and The Desert Sky Before Us (HarperCollins, 2019). Originally from St. Louis, she currently lives in upstate New York where she teaches creative writing and literature at Hamilton College. 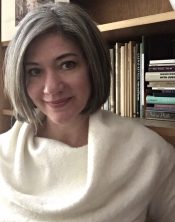 Rebecca Lindenberg is the author of Love, an Index (McSweeney’s) and The Logan Notebooks (Mountain West Poetry Series), winner of the 2015 Utah Book Award. She is the Poetry Editor of the Cincinnati Review, and an Assistant Professor of Poetry at the University of Cincinnati, where she directs the Creative Writing Program.

Danielle Evans, author of the story collection Before You Suffocate You Own Fool Self

Tyrone Jaegar, author of the story collection So Many True Believers

Anand Prahlad, author of the memoir The Secret Life of a Black Aspie, winner of the 2016 Permafrost Book Prize in nonfiction

Scott Russell Sanders, judge of the 2016 Permafrost Book Prize in nonfiction and author of many books of fiction and nonfiction, including Dancing in Dreamtime